“It's so versatile, and it goes with all sorts of different business types”

"There's nothing else out there I like, and there are hundreds of different programs out there. It's good, it's simple and it's easy."

"It has given me my time back, time to be able to manage other areas of the business," she says 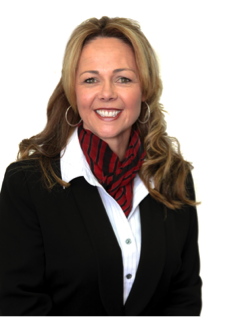 When you're starting a new business, the one thing you could always use more of is time. There are so many different demands you will need to account for, very quickly pulling your attention away from where it's needed the most.

When you're in this situation, it's important to know your administration solutions, including business accounting software, are there to help your work flow. This is the place that Cindy Norton found herself in when she and her husband started their own business, Mystics Management.

Starting off on the wrong foot

Cindy started her business to take over the management of a holiday park business in northern Queensland.

"We don't own the park, but were brought in as managers to run the books, the kiosk and tour desk and things like that from the park. It was basically starting from scratch," Cindy says about the origins of Mystics Management.

"We were time short and were trying to learn how to run a caravan park which we'd never done before. Setting up contracts and accounts with multiple suppliers, such as newspaper and magazines, Coca-Cola, Streets and all the big suppliers for the shop part of the business, as well as trying to learn the programs for the caravan park."

While Cindy had previously worked with the CashManager system for 15 years in her previous occupation, on the advice of a friend they opted to use a different accounting software for the new venture. That's where the problems started.

"I thought I'd give it a go based on the recommendation of a friend but it was just such a waste of time. There was so much background to be set up and I couldn't jump in and start using it as quickly as you can with CashManager," she says.

After battling with the customer support of her accounting software over a couple of particularly frustrating days, Cindy ultimately decided to go back to a product she knew and trusted.

"I knew what I wanted it to do, but just couldn't work out how to do it. After trying to find what I was looking for, I rang the number but had a message that it was outside office hours, please call back tomorrow.

"After that I just thought 'I'm going back to CashManager'."

So how have things improved for Cindy changing the accounting software for her small business?

"It has given me my time back, time to be able to manage other areas of the business," she says. "Coming back to a program that was so simple to use, yet produced what I needed for my business. It was something I should have done right from the start."

Cindy's support experience between the two software systems has also been as different as night and day. Being based in Queensland, she was so pleased with the help she received from the CashManager team.

"They were fantastic. I had no idea that their support was in New Zealand, and I couldn't believe I was getting such first-class support from a company that wasn't even local."